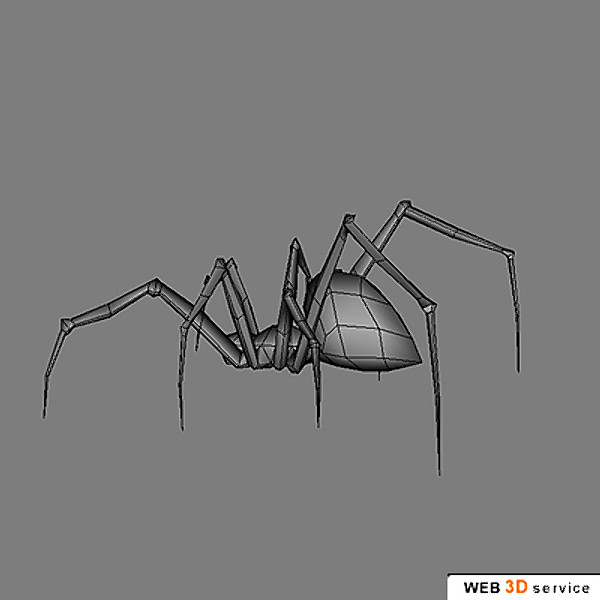 Reply
Some interesting information about spiders

The anatomy of spiders is similar with that of other arachnids, the body is divided into two regions - prosoma or cephalothorax and opisthosoma or abdomen and have the same number and type of appendages, a pair of chelicerae, a pair of pedipalps and four pairs of legs locomotives.

Spiders have body lengths ranging from 0.5 mm with some tropical migalomorfos reaching to 9 cm, which can capture small birds, with legs extended some of these may exceed 25 cm. During the Carboniferous and Permian period existed spiders larger than 50 cm.

From the study of fossils found, the first animals capable of producing silk webs appear in the Devonian, some 386 million years ago, Indeed, it lacks any trace of sectors. The first real fossilized spiders have been found in rocks of Carboniferous, dating therefore between 299 and 318 million years ago, and are very similar to the present one belonging to Mesothelae. The major groups of modern spiders, and Araneomorphae Mygalomorphae, make their appearance in the Triassic, around 200 million years ago. Only in fossils dating from 130 million years ago onwards are also found in preserved spiders' Amber, with a greater wealth of detail visible and analyzable, especially anatomical details. Were also found in amber with a hug between a deadly spider and its prey while being cocooned and others in which the eggs have been preserved even in the bags ovigeri.

The only vegetarian species of spiders have been described in 2007, all others are predators, and other spiders, insects, larger species come to prey on small birds and lizards too readily. From various studies and observations it was discovered that the young specimens supplement their diet with nectar, whereas adult specimens prefer to integrate with the pollen. In several species of spiders, the chelicerae are now capable of secreting a poison to immobilize prey, sometimes so toxic as to be dangerous to humans. Recently we are testing small doses of these poisons for therapeutic purposes or as a non-polluting insecticides. Much of spiders capture their prey trapped in sticky webs placing itself lurking nearby and ready to inject their poison. Species that use this tactic of hunting are very sensitive to the slightest vibration to shake even the slightest thread of the web. On the other hand, species that hunt ambush are provided an excellent view up to ten times more acute than that of a dragonfly.

Some spiders are hunters with great skill and intelligence In putting various tactics to overwhelm their prey, showing they can learn if necessary. For example, some species have changed their outward appearance as to be easily confused with ants . The webs are very variable in shape, size and quantity of cloth used. It seems that the first forms to be adopted were those orbicolari; species that still endeavor are few: most of the spiders that exist today prefer to extend its tangled web and make it as possible in order to maximize the volume of air which may come across an insect.

Only a few species of spiders have a social behavior, that of building webs in cooperation with other spiders, up to several thousand. Social behavior is varied from a simple tolerance as those of the black widow, to a real hunting coordinated between several specimens and subsequent division of the prey caught. As for longevity, most spiders do not exceed two years, only a few specimens of tarantulas and various migalomorfi in captivity are known to have survived up to twenty-five years.